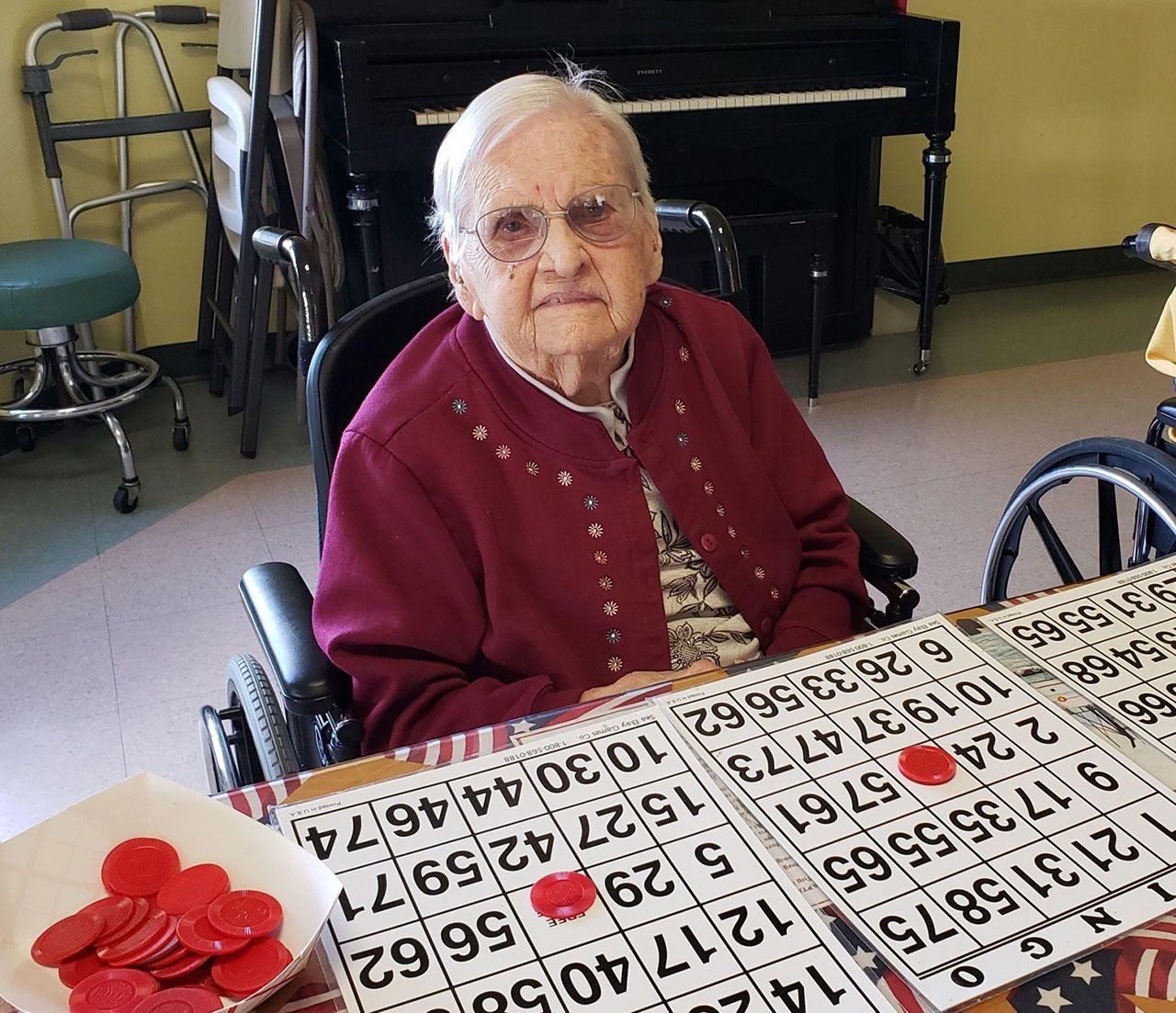 Everyday People: At 102, Nikkila has seen a century of history

Norma Nikkila doesn’t like to fuss. But she does have one wish for her 102nd birthday: Santa Claus.

“I feel pretty good,” she said as she prepared to celebrate this week.

Nikkila, who has lived at Clatsop Care since 2015, spends most of her time in her reclining chair. She still enjoys activities like the morning readings and bingo, her favorite.

Her long life is reflective of Astoria’s history over the past century.

She was born June 21, 1917, in a small town in North Dakota. Her mother emigrated from Norway. Her father was a Finn from Iowa. She remembers how her dad would joke about her mom’s Norwegian phrases.

“He said she couldn’t say anything but ‘yah,’” Nikkila said. “So when he asked her to marry him, she said ‘yah.’”

Growing up, Nikkila recalls the extreme cold and the rope that stretched from their farmhouse to the outhouse during the winter, so they wouldn’t get lost in the disorienting blizzards.

She also remembers attending a one-room schoolhouse and writing on slates rather than paper. Her hobby has always been reading, especially history, biographies and mystery.

Norma and her two sisters ended up marrying three Nikkila brothers of a neighboring Finnish family. Norma married Richard Nikkila in 1935. They would have two sons, Lloyd and Norm.

Leading up to the Great Depression, her father-in-law started buying parcels of land around his farm, and when the market crashed, the land lost its value. When her father-in-law died, they became financially responsible for the farm.

With no way of affording the farm and few prospects for making a living in North Dakota, they decided to leave and move West.

They traded their washing machine for a car and sold their belongings. Norma’s husband spent $40 out of the $200 they had for new tires, and they moved to Uniontown — known as Finn Town — in Astoria in 1941.

Richard Nikkila found a job as a longshoreman. Norma got a job at Tongue Point during World War II.

After her sons graduated high school, Norma went to work as a splitter at Bumble Bee Cannery. She was a longtime union member, serving as president for one year.

Her enchantment with the beauty of the North Coast never faded. She remembers how enamored she was by the trees and the ocean when she first arrived.

Nikkila credits her longevity to a life of hard work. Her youngest son, Norm, said she has the ability to adjust to life’s changes and get along with everybody. She also comes from a long line of centennials.

“She’s very impressive,” said Rosetta Hurley, a life enrichment coordinator at Clatsop Care. “She is beloved here. She is inspirational to everyone. She has a high level of awareness and has kept it for all these years, and she is very gracious with people.”

Although Nikkila is not physically independent, Hurley said, “she has an independence of spirit.”

Her friends and family are planning a birthday party. Even though it’s June, they are confident Santa will make an appearance.

Sample menu has not been uploaded.